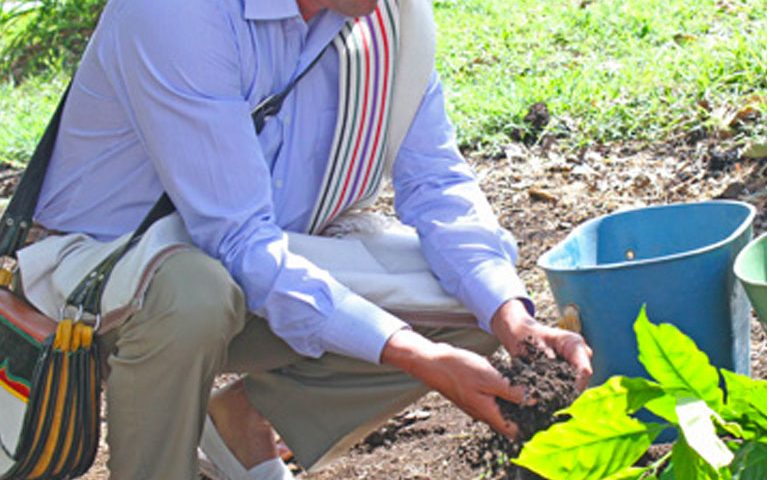 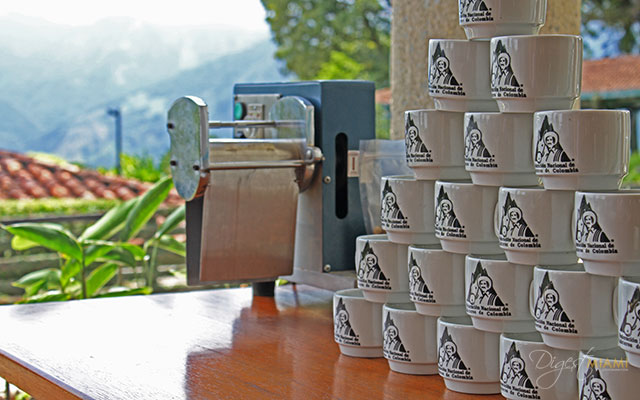 Digest Miami was invited by the Colombian Coffee Growers Federation to tour the country’s coffee farms and discover the story behind one of the most iconic characters, the man with the donkey, Juan Valdez. Like most of us, we were unaware of the rich significance and history surrounding Colombian coffee and this iconic character. Juan Valdez and his mule, “Conchita”, represent more than just a clever brand image. In fact, he is a symbol of the Colombian coffee community and their commitment to producing what is arguably referred to as "the best coffee in the world."

Our visit began in the country’s capital, Bogotá, this was to be followed by a two-day exploration into the central coffee growing region of the Colombian Andes, about a 2-hour drive from Medellin. Over the next four days, we toured coffee farms, learned the intricacies of the coffee growing process, observed a bulk coffee transaction and visited numerous Juan Valdez Cafes.

Over this four part series, we will share all of these experiences and take a deeper look into what inspired the creation of one of the world’s most recognized icons.

The Coffee Growers of Colombia 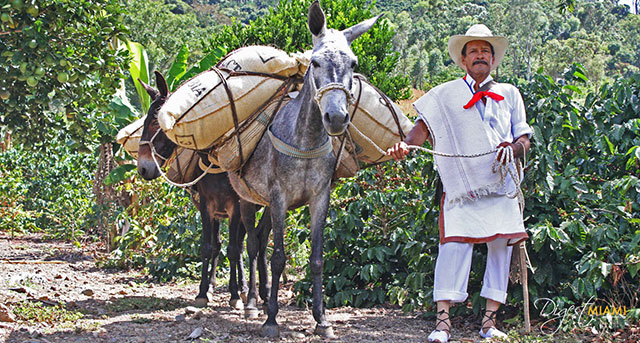 During the 19th century, Colombia’s largest landowners reaped rewards from high international prices on the coffee bean. However, a drastic economic downturn resulted in many of these same coffee producers losing their haciendas and their fortunes in the crisis. This breakup of the large landowner provided a new opportunity to smaller coffee producers to colonize and expand the country’s coffee growing regions.

These small, independent growers dedicated themselves to the labor intensive process of farming the steep slopes and harvesting the rich coffee that due to the terrain, are inaccessible to machinery. A century later, these small coffee farmers represent the majority of the 500,000+ families producing coffee in Colombia, with only 5% of these farmers owning farmland over twelve acres.

While visiting the El Rosario Farm in the Antioquia region, we joined the “Chapoleras” as they harvested coffee cherries. Chapoleras is the term used for the women that handpick coffee. Handpicking requires a steady foot as you wedge yourself into the leafy coffee bushes growing on the muddy slopes of the mountainside. 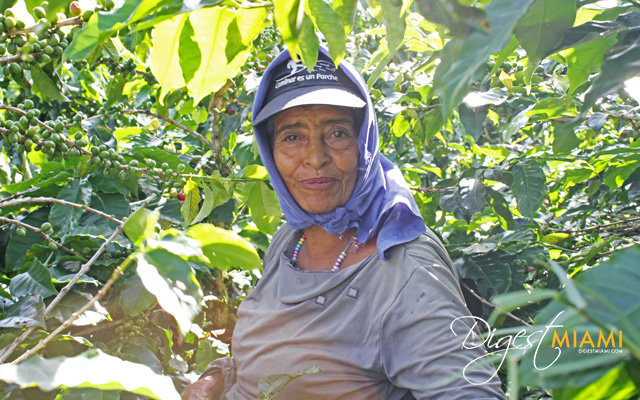 Our next stop transported us two hours further into the mountains to arrive at Ciudad Bolivar, a municipality devoid of any visible tourists. From here we swapped our tour bus for rugged jeeps that would tolerate the steep dirt road to Finca la Naña, a small farmhouse located just on the outskirts of Bolívar. 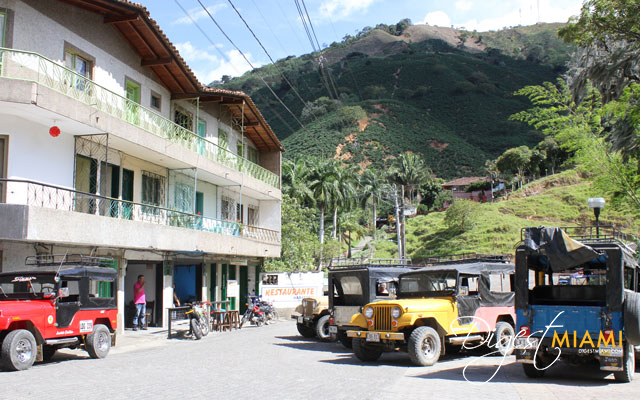 It was here in the heart of the coffee belt that we recognized the farmers’ tremendous pride in caring for their land. Many of the region's farmhouses are vibrantly painted (mostly red) and boast perfectly manicured gardens with flowering plants and a plethora of tropical trees. Despite how impeccable these farmhouses appeared, our hosts remind us of the tumultuous history of Colombia’s coffee commodity. 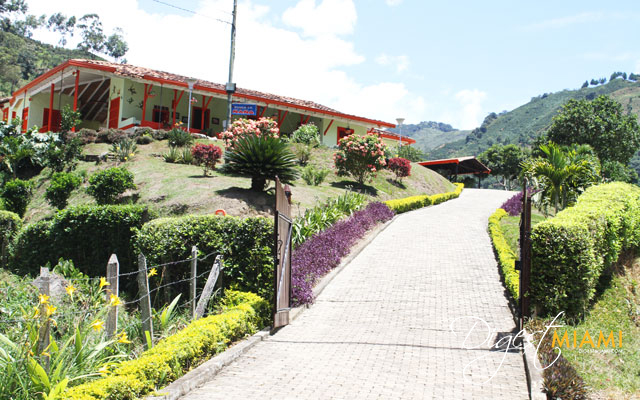 What is the Colombian Coffee Growers Federation? 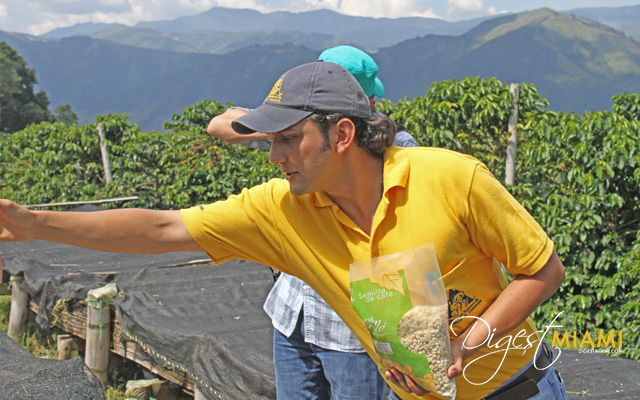 In the late 1920s, coffee producers experienced another international market crisis in which global production exceeded consumption by approximately 30%.  At the same time, the world’s largest coffee producer, Brazil, attempted to control the global market. It was these threats to Colombia’s financial stability which motivated both the government and coffee farmers to develop an organized framework that would protect the revenue of Colombia’s coffee producers. In 1927, the Colombian Coffee Growers Federation (FNC) was created to establish, promote and protect the value of Colombian coffee.

The FNC continues to improve the quality of their coffee growing communities through technical assistance, education, social services, support in negotiations and scientific research. Credited as one of the most efficient advisory services of its kind, the FNC’s Extension Service consists of 1500 technical advisors whom visit 6-8 farms daily to encourage and educate Colombia’s coffee growers on sustainability and quality methods.

The birth of Juan Valdez. 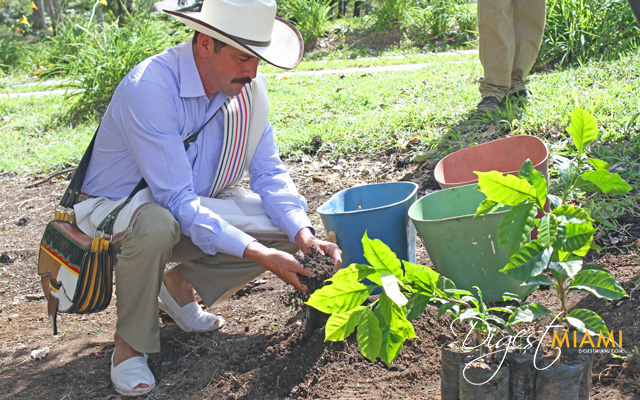 This new alliance among coffee growers was determined to illustrate the quality differentiation of Colombian coffee. By the 1950s, the FNC established the groundwork to present Colombian coffee as a product of quality, but needed to educate the largest coffee consumer - the U.S. It was during this time they agreed to create a central figure that would represent the authenticity of Colombian coffee and characteristics of a true coffee grower. In 1959, the FNC chose Doyle Dane Berbach (DDB) to create Juan Valdez.

What does Juan Valdez represent? 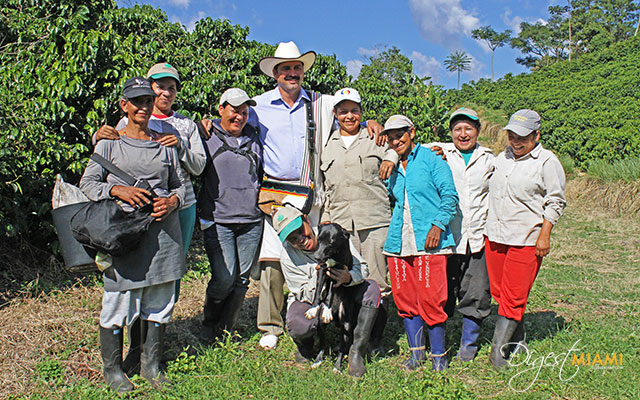 The characteristics of this icon were to signify a man of pride and commitment dressed in the traditional clothing of a farmer of the Andes Mountains and joined by a mule used for transportation through the steep mountainous slopes. After some initial pushback, Juan Valdez became one of the most recognized icons in the world and Colombian’s handpicked coffee earned premium prices on the international markets.

Since 2006, the role of Juan Valdez has been carried out by Carlos Casteñada, who was chosen after a 2-year search among more than 300,000 candidates. Carlos is the first of the three official Juan Valdez to have actually lived the life of a coffee farmer, born and raised on a coffee farm as the eldest of 10 children. The decision to choose a true coffee farmer fully embodied the reputation of authenticity that the Federation developed over several years.

“Juan” (a.k.a. Carlos) greeted us at the steps of the Esteban Jaramillo Farm, the official hacienda of FNC. His humble presence was very intriguing considering he is now the most recognized face of Colombia around the world! 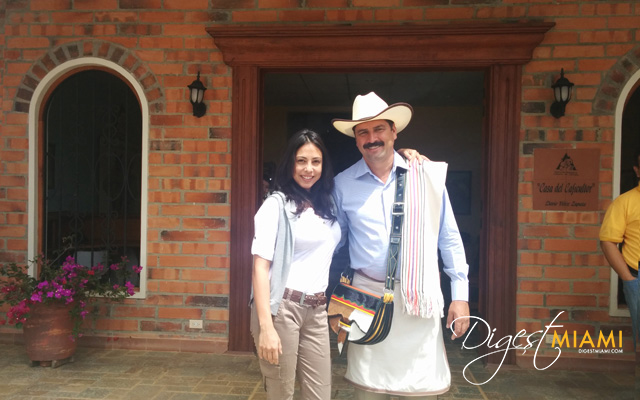 Where is Juan Valdez headed next? 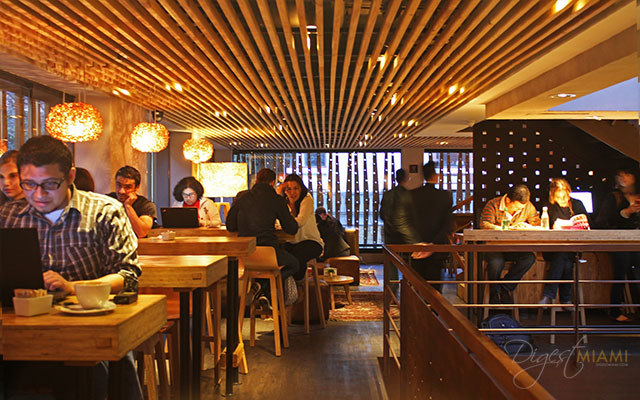 The late 1990s brought another dip in international coffee prices, leading the FNC to create a private company, Procafecol, that would purchase coffee from the Federation’s members and manage the consumer brand. As consumer demands changed, Procafecol realized a new brand strategy was necessary to engage consumers on all touch points including that of consumption. In 2002, the FNC opened the first Juan Valdez Cafe.

After several crises and international market changes, the Federation believes they have a better understanding of how to keep the Juan Valdez name alive and expanding. Last month, Juan Valdez Cafe opened its first location in downtown Miami, with another nearby store opening soon and 60 more to arrive in the next five years! Juan Valdez Cafes have also opened in other global locations including Malaysia, South Korea and Kuwait with approximately 280 worldwide. 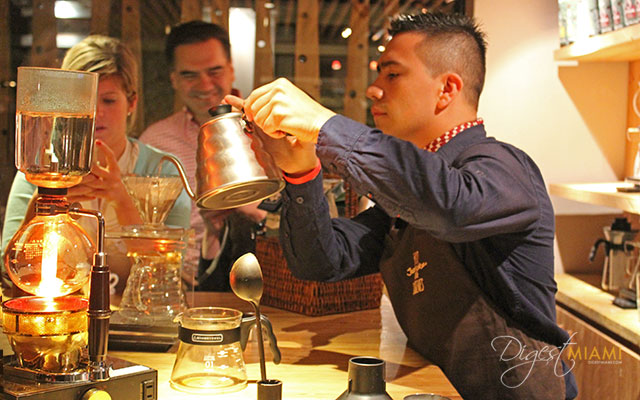 Just like their iconic brand image, the cafes embrace the brand’s core values and the Colombia coffee reputation. Each cafe showcases authentic elements of the coffee origins from neutral wood accents and handcrafted art, while Baristas are led through training to convey the same sense of pride and commitment in their service. More importantly, this new consumer experience is owned by the over 500,000 coffee growers, large and small. 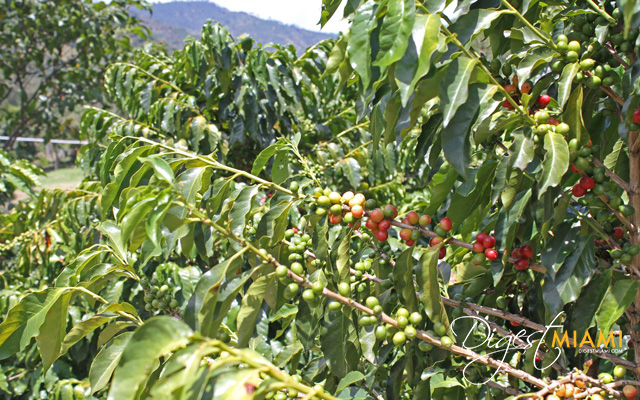 Now that we have given you a small glance into the history and true meaning of “Juan Valdez,” next we’ll share our story on what makes Colombian coffee taste so good. 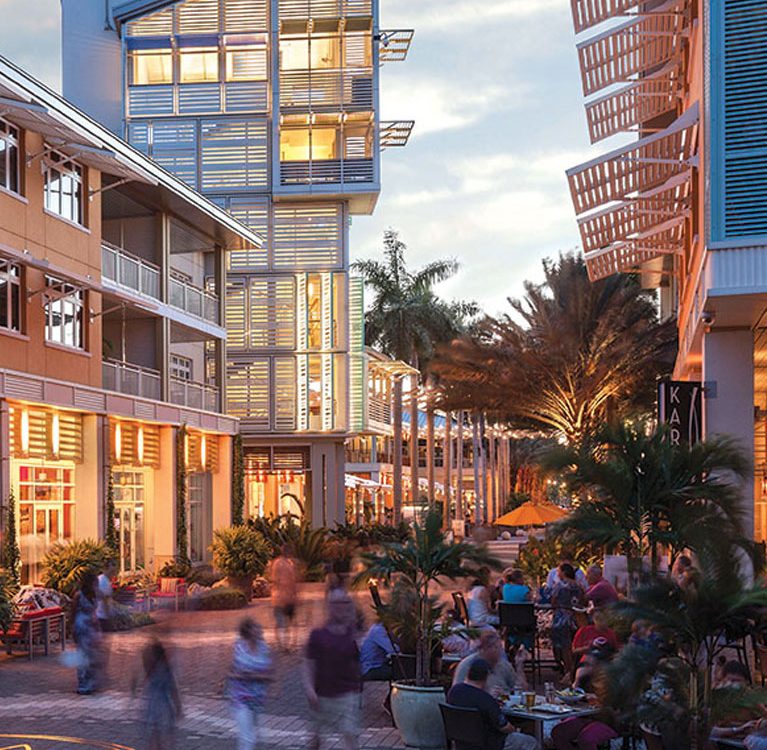 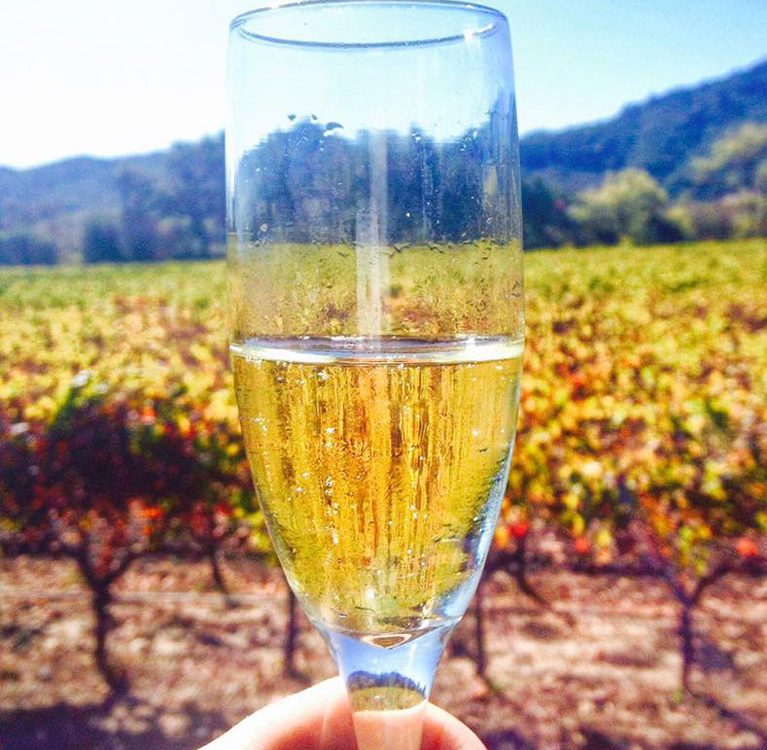 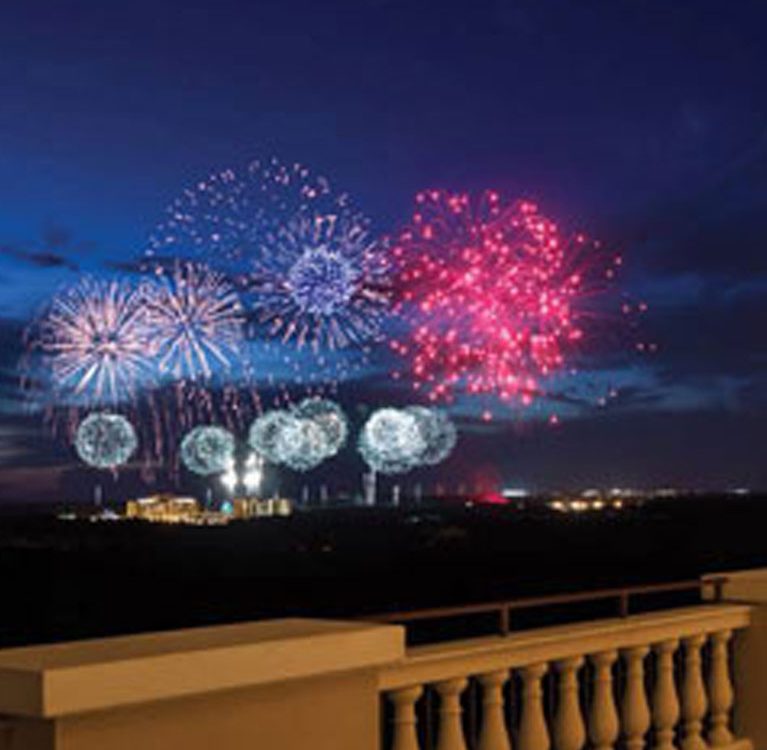